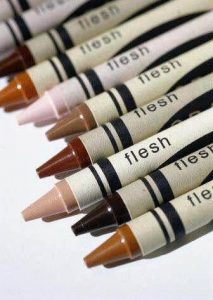 Well here it is again. That feeling of hopeless helplessness that washes over me when the news of a world-impacting event characterized by conflict, division, injustice, loss of life, or suffering begins to settle into my consciousness. I know I cannot do anything about the events in Charlottesville any more than I can solve the international refugee problem, the opioid “epidemic,” or homelessness in my own city. And the frustration of feeling unable to contribute to a quick and effective solution makes me almost sick to my stomach.

It happens to me every time I am made aware of genocide, horrible injustice, natural disasters, growing crime, or the breakdown and dissolution of cooperation among the leaders of my country. I feel helpless to make a difference.

I can’t change anyone else. (Neither can you.) We can protest this or that; we can demonstrate; we can carry our signs; but we can’t make people care. And we can’t stop people from hating other people. We really can’t.

And then, in the thick of this nauseating morass of hopelessness and despair, a thought makes its way to the forefront of my mind, like a bubble making its way up from the bottom of the ocean:

I can’t stop racism and hatred in people.

But I CAN stop racism and hatred in ME. And if I can’t stop it, I can at least constantly and consistently fight against it.

When it comes to racism in my life,
the deck is stacked against me.

My great-great-grandfather, Benjamin Franklin Moody, lived here in Tennessee, just north of Nashville. He was a slave owner. Somehow, over a century later, my father’s family ended up in a dusty little town in the deep south called Cotton Valley, Louisiana.

My dad was brought up to believe that the black man was inferior and existed to serve the white man. Black folks in Cotton Valley were “nigras,” and lived in their own part of town in substandard housing (shacks), barely getting by as they worked to serve the white families of the town. Every public building (or business) had three bathrooms: Men, Women, and Colored. Where there were drinking fountains, there was a nice one labeled, “White,” and a nasty one labeled, “Colored.”

Dad’s father (my grandfather) was the Postmaster of the town, and his mother was an elementary school teacher. They were highly respected – pillars of the community.

Black children in the town were denied the educational opportunities that the white children enjoyed. And this caste system, as I’m sure you’re aware, was entrenched in the culture throughout the South.

My mother was raised in Taylorville, Illinois, where her father was the Chief of Staff of the local hospital. They weren’t rich, but she lived a relatively privileged childhood. Because her mother battled alcoholism, much of the “child-rearing” in the home was done by Laura, the African American cook-nanny-housekeeper. Laura was well-loved by the whole family, and was treated as one of the family. With a father highly respected in the community who worked long hours, and a mother often “out of commission,” my mother and her siblings owe much of the quality and love of their upbringing to Laura, their black family member. She loved them like a mother and raised them like one of her own.

When my father returned from WWII service in Europe, he and my mother were married and settled in Baton Rouge, LA. After I was born, they moved to Chattanooga, Tennessee, and, when I was six, ended up in Cleveland, Ohio. Five years later, we (including a sister two years my junior) moved to Cincinnati, where I mostly grew up.

When my mother initially married into the Moody clan, and was absorbed into the Southern culture, the shock of dealing with “old South” values and attitudes was very unsettling. She would try to make eye contact with the black folks; try to visit with them; try to treat them as equals. But they rebuffed every attempt. Mom didn’t realize she was baiting them into situations that could cause them violent retribution or worse.

My own upbringing was a little muddled with regard to racial attitudes, as you might expect. On the one hand, my father taught me to look on those with darker pigmentation with suspicion and superiority. On the other, my mother taught me that under the skin there really is no difference. We are all equal. Each mirrored the attitudes of their own upbringing and life experience.

Later, after my sister and I had grown and moved away from home, my father decided that he wanted to go back to Louisiana to live. He and my mother settled in Minden, where he started a couple of small businesses, and my mother started to work as a medical technologist in the little hospital there.

By now, my father’s attitudes and values were changing. Old perceptions and preconceptions were giving way to new understanding, and he was working to overcome the years of ingrained racism.

Mom aggressively pursued bridging the racial gap. At lunch, she would eat just as often with the black housekeeping staff as with the white medical staff. (There were no white housekeepers or black medical personnel.) Everybody loved my mother, and though her white coworkers thought her conduct odd, to say the least, she was well-loved by everyone in the hospital.

My father’s changing attitudes were put to the test when he went to get a haircut at the local barber shop. Like Floyd’s barber shop in Mayberry, this shop was frequented by a group of men (mostly retired) who “hung out” and discussed the issues of the day. My father was in the barber’s chair when the barber broached the subject:

Barber: John, folks have been telling me your wife’s been eating lunch with the colored help at the hospital.

Barber: Well, what do you think about that?

Dad: I think it’s great. I think folks like you should give it a try.

He knew he was on shaky ground taking that kind of stand and trying to rally community support for his small businesses. But that’s how far he had come. I was proud of him (and her) when I heard about it. They were using their little bit of influence to sabotage a status quo in which the wicked and dangerous mindset of centuries was established. Chipping away at the foundation of racism.

So what about me? If I’m honest, I have to admit that I’m a recovering racist. I still occasionally feel surprised or taken aback when I encounter an African American who is cultured, articulate, educated, well-informed, and highly sophisticated. I immediately recognize that feeling for what it is, and I HATE IT!

I still have trouble with the trappings, characteristics, and language of urban black culture (including “Ebonics.”) I am continually tempted to condemn what I perceive as “culturally inferior,” and to assign its participants worth accordingly, question their intelligence, and/or judge their lifestyle.

Though I will never enjoy it as a musical expression, I have come to appreciate the difficulty, intricacy, and skill of the off-the-cuff rhyming and poetic expression of Rap music, which has its roots, and finds its widest audience, in the urban black community. But it still completely annoys me, and is cataloged in my mind as “inferior.”

In my conscious mind, I am not a racist. I do not believe that one race is better, or more worthy, than another. I truly don’t. But, in practice, I have to fight my subconscious ingrained racist history, on a moment-by-moment basis. I have to stand guard over my thoughts, feelings, and attitudes, and pull them up by the roots when they expose hidden bigotry.

It’s a fight I HAVE to win. It’s a war I HAVE to continue to wage. If hate and “ism” are ever to be eradicated from this world, if the minds and attitudes of Americans (and people the world over) are ever going to change, it has to start with me, and with those who, like me, recognize and admit they are “recovering racists.”

I saw a glimmer of hope this morning. I was sitting in “my peaceful place” on the front porch, and I realized, for the first time, that I live next door to an African American family. In the 21 years I have lived here, I have never had that thought, nor have I categorized my neighbors that way. They have just always been my next-door neighbors. I never thought of them as African Americans. (I know that has its bad side as well as its good side, but for me, today, this was an astonishing and refreshing revelation about my own attitudes. A little confirmation that I’m headed in the right direction. I see us as the same more than I see us as different.)

So, what can you and I do to defeat our own racism?
(Remember, I write this as a white male.)
Here are a few thoughts.

If you are a follower of Jesus Christ, as I am, then you have at your disposal a whole arsenal of scriptures to help you “transform your mind.” Here are just a few.

As you and I can work to consciously eliminate, or at least mitigate, our own racism, we plant the seeds for a better future and help sabotage an infection that we have allowed to fester in our midst for too long. I hope you’ll join me.