The smaller your room is, the more you try to make it seem bigger. I’m speaking metaphorically, of course. Not everyone always feels, as Pharrell Williams claims to in his hit song, “like a room without a roof.” Our life situations can, at times, make us feel boxed in.

One area in which this is particularly true is the area of dietary limitations, whether the result of necessity (diabetes or allergies, for example), or choice (trying to lose weight, for example).

Like many folks, I have been following a low-carb/keto-based eating plan lately in an effort to lose weight and improve my blood pressure and blood sugar. (It’s been working like magic on all three!) One web site lists a dozen of these diets, and that number is in no way comprehensive. Millions are flocking to this new way of eating.

(Okay, I see that some of you have raised your hands wanting to know the 12 diets, so here they are in no particular order. And please do not take this as an endorsement of any of them.)

For me, and others who are “morbidly obese” (generally, more than 100 pounds over their ideal weight), this is a matter of life and death. It is imperative that I (we) lose as much weight as possible in as short a time as possible.

But building a lifestyle around this kind of eating, and making it sustainable for the long haul, means that we have to make it as palatable as possible, and keep the food appetizing and tasty.

One thing that helps is finding new ways to flavor food, and one great way to do this with meat dishes is creatively using sauces.

Certain styles of cooking seem to lend themselves more to flavoring with sauces than others. And the style that is most appealing to me is Oriental cooking, especially stir-frying. If you look at the menu of your local Chinese restaurant, you’ll find all kinds of sauces listed with the different menu choices: garlic sauce, lobster sauce, oyster sauce, black bean sauce, Szechuan sauce, five flavor sauce, hoisin sauce, Hunan sauce, and plum sauce, just to name a few. Most of these are HIGH in carbs (through the roof – if you’re in a room that has one) to the point that visiting a Chinese Buffet, like the old days, is now out of the question.

BUT WAIT! Just when you thought all was hopeless, it’s NO-CARB AND LOW-CARB SAUCES TO THE RESCUE!

Stir-frying and low-carb/keto-based eating were made for each other! For a diet high in meats and fats, along with healthy but low-carb veggies, there’s not a better way to cook (although grilling is pretty great too). Stir-fry your favorite low-carb veggies (onion, celery, chayote, zucchini, mushrooms, etc.) in a wok pan on high heat in a few tablespoons of oil until they begin to soften and clarify. Add your seasonings and chopped cooked meat and stir-fry for about 90 seconds to warm everything up together, and then add sauces as a final touch. The exact same wok full of meat and veggies can taste like entirely different dishes depending on the sauces you use to flavor it.

Here are three sauces that can make your stir fry meal extraordinary without adding a lot of carbs. 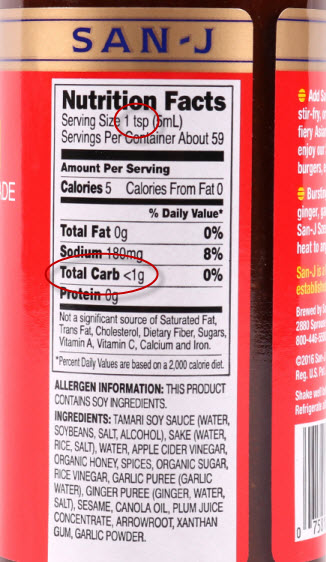 The first is San-J Hot and Spicy Szechuan Stir-Fry and Marinade sauce. I have found this one at Whole Foods and various Asian markets and the price in August of 2018 is $3.99 for a 10-ounce bottle. You can find it online for more than double that price.

If you DON’T like hot and spicy, you’ll want to steer clear of this one. Heat-wise, it is a little below jalapeno-level heat – enough to put a tingle on your lips, but not enough to make your eyes bug out and your head explode. The mixture of red pepper, soy, and sake (rice wine – non-alcoholic in this case) is incredibly flavorful and at about 1 carb per Tablespoon (listed on the label as >1 gram per teaspoon), it’s a nearly carb-free way to flavor your stir-fry. Like it sweet as well as hot? I add 3 packets of Splenda. You can experiment with your sweetener of choice.

We buy the Costco rotisserie chickens (which, at $4.99 for a 2-3 pounder are the deal of the century!), use the breast meat and some of the thigh meat, then pick the rest for stir-fry. It’s a great way to use the leftovers. The first time we tried this, we couldn’t stop eating it!

Next, on the milder side, is 365 Everyday Value Organic Soy Ginger sauce. 365 Organic Everyday Value is a Whole Foods store brand, so you’re not likely to find it anywhere else. I think it ran about $2.99 for a 10-ounce bottle. Very gingery and tangy with a hint of sweetness, this delightful sauce is quite flavorful and low on carbs – just 3 grams per Tbsp. Use it as-is in your stir-fry, or mix it with one of the other sauces in this article – this soy ginger sauce plays well with others. 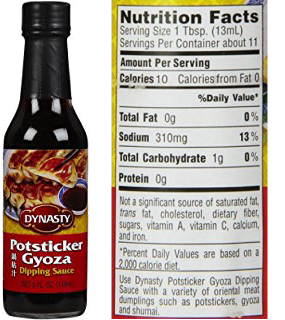 The last of my Asian sauce discoveries is Dynasty Potsticker Gyoza Dipping Sauce. This mixture of soy sauce, sesame oil, and hot pepper is similar to the kind you find at a Chinese Buffet next to the fried dumplings. Toasted sesame oil is a strong flavor, so you’ll want to make sure you shake the bottle well to mix it thoroughly and try not to overdo it. Though billed as a dipping sauce, it works quite well for stir-fry. The heat factor is similar in intensity to the Szechuan sauce – a nice amount of kick, but not enough to make smoke come out your ears. Most supermarket chains carry the Dynasty line in their Asian foods section. I think it ran in the $4.00 to $5.00 range. It’s just one gram of carbs per Tbsp. Feeling adventurous? Try mixing it with the Soy Ginger Sauce above.

Using these low-carb sauces will make your flavor world explode! 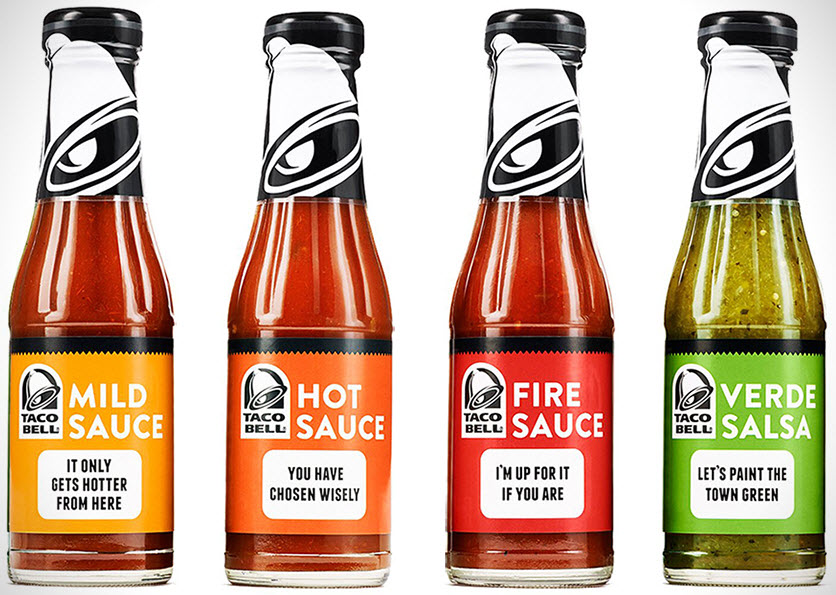 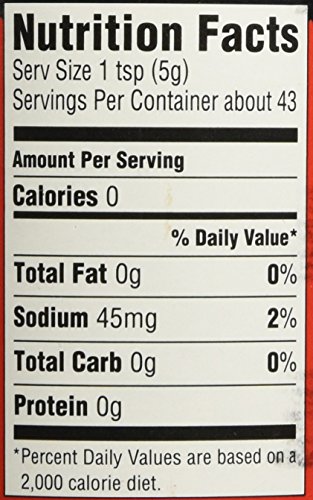 If you’re familiar with Taco Bell (and who isn’t?), you’re probably also familiar with their taco sauce. I love to make homemade taco salad using ground beef or turkey and taco mix in the seasoning packet. For the “dressing,” I have always used chunky salsa and sour cream. But I recently discovered that salsa is carb-heavy. In fact, nearly every sauce made with tomatoes (spaghetti or pizza sauce, for example) is loaded with carbs. What to do? I love Taco Bell taco sauce and was pleasantly surprised when I saw it in my supermarket in the 7.5 ounce bottle for about a buck and a half, and IT HAS ZERO CARBS!! (And no calories!)

The only thing better than low-carb is NO-carb! So now I can have my taco salad, but mix my sour cream with TB taco sauce (I use the HOT) and not miss my salsa so badly. You’ll think of other ways to use it as well. Like omelets, for example. AND DID I MENTION THAT IT’S CARB-FREE? (Also calorie free.) And CHEAP?

(In the interest of full-disclosure, my local Kroger dropped The Taco Bell sauce, but I found it again at a nearby Walmart. Yay!)

Living with eating restrictions can seem confining at times, but your food doesn’t have to be dull and unappetizing. With a little imagination and some great flavoring ingredients, your meals can be flavorful and fun! Enjoy!

Here’s a great recipe to get you started. You can find my new recipe for Gluten-Free Szechuan Chicken Stir Fry here.