It’s like a terrorist scenario from a TV crime show, and it can be terrifying. But it’s becoming more prevalent every day! It’s called ransomware.

Ransomware is a type of malware that gets installed on your computer through any of a number of channels. It encrypts some or all of your files, and then, through a pop-up notice, tells you that your computer has been rendered unusable, and that the only way to get your data back is to pay a ransom. Once the ransom is paid, the perpetrators email you a code to unlock the encryption. 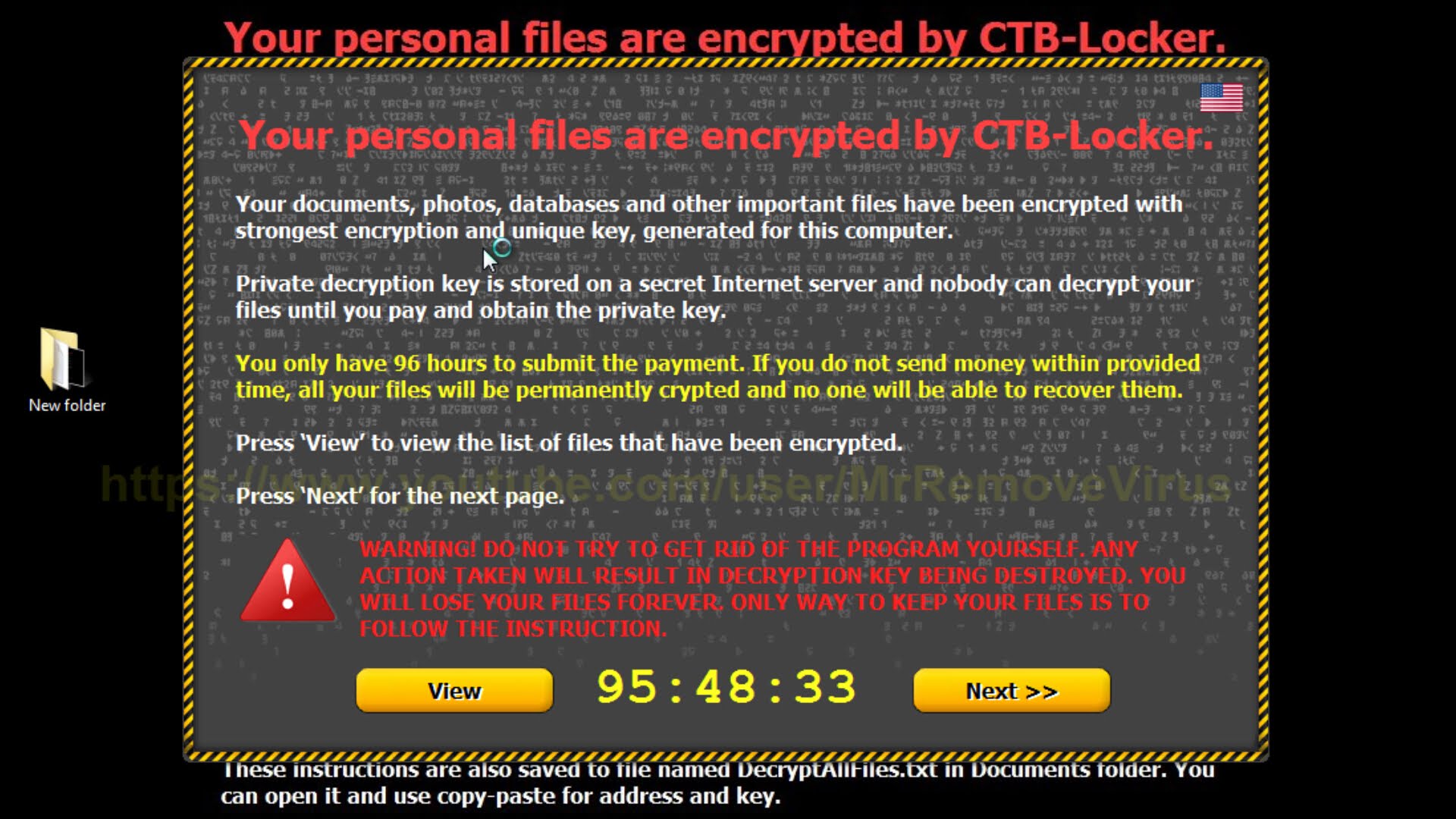 Some of the notices are crafted to make you think the FBI is shutting your computer down. But, always, it is simply a type of extortion.

Once you have received the notice, you have a limited time to pay the ransom, usually through bitcoins or some relatively untraceable online method. The perpetrators are in countries all over the world, from Europe and Russia to the Middle East.

There are really only two choices once you receive the notice:

How prevalent is this type of infection? The antivirus companies have identified hundreds of thousands of different varieties from all over the globe.

So how can you protect yourself?

This malware has become such a problem that corporations, healthcare companies, and even law enforcement agencies have all had to pay a ransom to unlock their files. Can you imagine your local police not being able to access criminal records, or hospitals not being able to read their patients’ medical records? And yet this is happening more and more. (Check out this NBC News article about it.)

So far, antivirus companies and law enforcement agencies don’t have a way to stop this, so the best you can do is be vigilant, be smart about using your computer, and be sure your data is backed up. Let’s just go ahead and move that one right on up to the top of the list.