Home > Life with God > Observations / Reflections > Are You Qualified to Be My Friend?

[Spoiler Alert / Disclaimer – in this post, I may or may not quote from an ancient compendium of deep wisdom which many dismiss out-of-hand as fanciful religiosity. I make no apology for this.]

Are you qualified to be my friend? 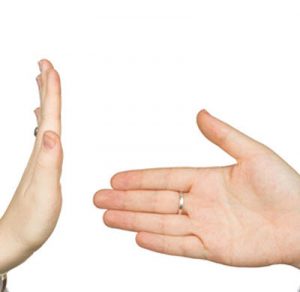 Wow! When you put it like that, it sounds crass and ridiculous, doesn’t it?

And yet, that is where so many of the people whose posts I read on social media are. They are willing to jettison a long-standing relationship, and cut off a friendship, disassociate themselves from another, because the other person doesn’t subscribe to their values, their views, their politics, their sense of what is right. And much of the time, the crux of the issue is that the friend that they are willing to lose isn’t “tolerant enough” of other points of view, or other people’s opinions and lives.

Am I the only one seeing a disturbing irony here?

Among all age groups, but especially (though not exclusively by a long shot) millennials, there has arisen in recent days the notion that it is most desirable to maintain friendships with “only those who believe and feel as I do.”

If we are only willing to maintain friendships with those who agree with us right down the line, then we have created for ourselves a very small world indeed.

Knowledge and society only progress when we are permitted the freedom to challenge each other’s thinking, to provide a counter perspective, to wrestle with our beliefs and opinions – but to do so in the context of civil and respectful discourse.

Time and time again, advances in science, for example, have come when someone dared to put forth hypotheses that fly in the face of what has been generally accepted by the scientific community. “What we know to be true” changes every day.

So when we limit our society to those who fit our mold, we are essentially ensuring that nothing we believe will ever by challenged, tested, tried, or proven. We are shutting down productive discourse and debate so that we can live in our comfort zone. (Even activism can be a comfort zone, by the way.)

This is the societal view that has emerged from this horrific and divisive presidential campaign and election. A war of hateful words, shaming and demeaning verbiage, and derogatory epithets has left an entire nation wounded, bleeding, and dying on the battlefield. The candidates have made mildly conciliatory statements and softened their abusive rhetoric a little, but no genuine attempt has been made to champion a process of real healing and restoration.

In the wake of this very real civil war (let’s call it what it is), emotions once stirred cannot simply be turned off at the flip of a switch. And so relationships become the casualties of war, the collateral damage of this raging conflict.

And make no mistake – there can be no greater “weapon of mass destruction” than the power of words misused.

If we are willing to end a friendship simply on the basis of what we perceive a friend believes or how we believe a friend may have voted, we are setting our beliefs and ideals up as the measure of relational value. We’re saying that belief trumps relationship (no pun intended). My values and ideology are more important than your personhood and humanity.

Admittedly, as a follower of Jesus Christ, my beliefs are sacred to me. Nothing else is more important.
EXCEPT RELATIONSHIP. EXCEPT LOVE. EXCEPT YOU.

As a Christian, Jesus Christ is my example of how to live. Who were Jesus’ friends? According to the aforementioned anthology of wisdom, his closest companions included four fishermen, a political activist, a thief, an extortionist, and others. He was said to be a friend of “tax collectors and sinners.” He frequented parties, knew and talked with prostitutes, and was so familiar with that culture that the “holy” crowd called him “a drunkard and a glutton” – not because of his own behavior, but because of whom he hung out with.

Two of his disciples, James and John Zebedeeson, were nicknamed the “Sons of Thunder” because they were such hotheads – even wanting to retaliate and “call down destruction” on Jesus’ detractors. He told them, “You do not know what spirit you are of.”

Another of his disciples, Simon “Peter” Johnson, tried to split open (with a sword) the head of a man he perceived to be a threat to Jesus. In doing so, he cut off the man’s ear. Jesus calmly rebuked Peter, and put the ear back on.

Unfriending people because of their views, opinions, and beliefs does not contribute to the healing process. Quite the contrary. It is the very picture of intolerance.

And there it stands at an impasse. If there is going to be any real healing of the deep division in our land, it is going to come at a cost. And the cost is being willing to maintain friendship and discourse with those with whom we disagree. We have to learn, as someone has said, “to agree to disagree agreeably.”

The alternative is cruel subjugation by the group which currently has the upper hand at any given moment. As that compendium of wisdom I mentioned says, “If you continually bite and devour one another, beware that you are not completely consumed by one another.”

Rejection of another on the basis of belief or ideology is not a “higher prejudice” than rejection on the basis of color, religion, or national origin. It is simply another flavor of the same poison.

I can hate a belief, ideology, or lifestyle without hating the one who believes or lives it.

There was a time in this country when viewpoints could be debated in the public marketplace of ideas with civility and respect. Getting back to that would be a good starting point.

God’s heart has always been acceptance; God’s heart has always been inclusiveness — for the poor, for the disenfranchised, for the foreigner, for the prisoner. Let’s work together in spite of our differences and begin to bind the wounds with kindness and love. Let’s refuse to allow hatred to gain a stronger foothold in our land — to become an accepted “fact of life.” Let’s determine — in a thousand different ways — to wage a war of kindness. Millions of individuals saying to each member of this broken society, “I refuse to see you as, or to let you be seen as, less than a person.”

And let’s elevate relationship — friendship to the place it deserves in our lives. Nothing is more important than relationship — even with those who don’t see things the same way we do.

Everyone is worthy of love, respect, acceptance, and belonging. If you are human, you qualify.