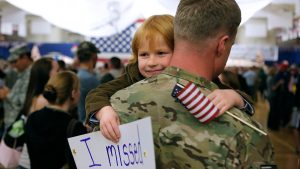 He said his name was Jason, as he shook my hand. He was about 6’ 6” and solid muscle. I explained that his was the 31st yard sale I’d been to on this beautiful Saturday in May, and probably my last for the day. He listened politely as I explained my little “hobby” of “rescuing” computers from people’s closets and garages, refurbishing and upgrading them, and giving them away to people who needed them. He said he really like the idea of that, but didn’t have any computers or computer stuff to sell me.

One whole table of his family yard sale was covered with DVD videos, perfect for another hobby of mine. I look for DVDs I can use as “trade bait” at my favorite used book and music store – a store that gives a little money or a LOT of store credit for DVDs in good condition. I was checking out the discs in several of the seasons of House, Friday Night Lights, Burn Notice, and others, to make sure they weren’t too scratched.

When I apologized for being so meticulous, and for the tedium of watching me, he explained that his mother-in-law often gifted him with seasons of TV shows to take with him right before his deployments. “Deployments,” I said, looking at him, “so you’re in the military?” “Yes sir,” he replied. “Several tours of duty in Iraq and getting ready to go back for my last one in a few weeks.”

We chatted for a bit, and I thanked him for his service to our country, and then his obviously precocious 10-year-old daughter came out to hug on her dad and sit with him for a bit. He finally told me that he didn’t want to take the DVDs back inside and made me a ridiculous offer for ALL of them, which I promptly took before he thought about it and realized what he’d done.  🙂

He bagged up the videos, and that’s when I got the nudge – a little prompting that I’ve learned over time is not wise to ignore. “Jason, I’m going to ask you something very strange. If you’re the least bit uncomfortable with this, I completely understand, and I’ll be on my way. I was wondering if you would let me pray for you before I go.”

Jason said that would be fine. So there we stood, six and a half feet of solid muscle and 5’ 8” by 2’ 6” of solid mush – his arm around my shoulder, and my voice and passion fueled by a power not my own which never ceases to surprise and amaze me, when it “shows up.” Two men standing on earth and touching the Seat of Power in the universe. Simple words that could potentially have eternal impact – not because of me or the words – but because of the Spirit whose nudge drove this whole process. It’s frightening and astonishing the impact God allows us to have when we simply ask his favor and blessing – as we partner with Him on the earth.

When I finished he thanked me. “I really appreciate that.” I told him I would continue to pray for him. I hope you will pray for him too. For him and all the Jasons that are putting themselves in the enemy’s line of fire so that we can go about our business, visit yard sales, and not look over our shoulders every minute. Jason says there are about 3500 troops on the ground in Iraq right now. Meeting him puts a face on those numbers. It’s much more personal.

Jason is risking his life for you, for me, for his family, for all of us. I hope you’ll pray. And maybe you’ll get that nudge sometime soon as well. I encourage you to go ahead and step out. There is no greater joy than partnering with God.